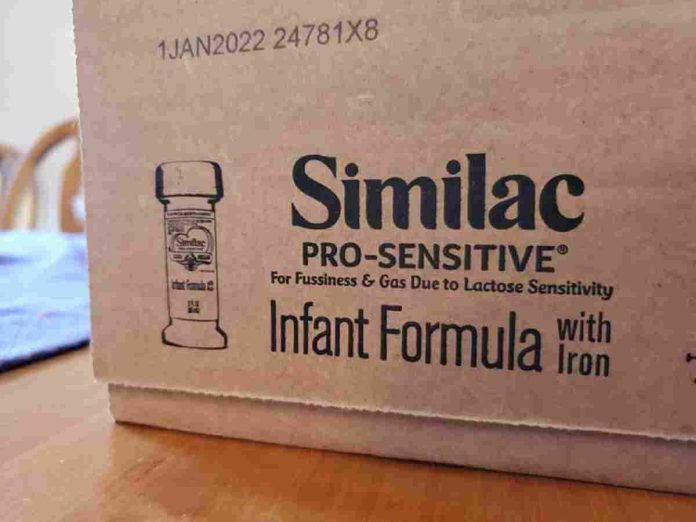 The US FDA (Food and Drug Administration) on Thursday cautioned people to avoid certain powdered infant formulas that may be tied to bacterial infections in 4 babies who were hospitalized.

The infections, which may have led to the death of one baby, were found in Texas, Minnesota, Ohio and the FDA said in a news release.

“Caregivers and parents of infants who have used these products, and are concerned about the health of their child, should contact their kid’s health care provider,” the FDA told in the news release.

The FDA is advising that people should avoid using  Alimentum, Similac or EleCare powdered infant formulas if the first 2-digits of the code are 22 through 37; the code on the container contains SH, K8, or Z2; the expiry date is April 1, 2022, or later.

The infections stem from infant powdered formulas that were made at Abbott Nutrition’s unit in Sturgis, Michigan. The company briefed Thursday 17/02/2022 that it’s recalling the formulas in question.

During testing in our Sturgis, Michigan facility, we found valid evidence of Cronobacter sakazakii in the plant in non-product contact areas. But we could not found any evidence of Salmonella Newport, Abbott Nutrition told in a news release. Most important, no distributed OTC product has tested positive for the presence of either of these bacteria, and we continue to test.

The company claimed that its testing did not find any of Cronobacter sakazakii or Salmonella in the retained samples related to the complaints. However the investigation is in progress.

How to Keep Baby Warn in Winter

The United State is facing a shortage of baby formula.

As per the market research firm I.R.I. stores’ infant formula inventories in mid-January were down 17 per-cent from where they were in mid-February 2020, just before the pandemic hit US shores.

The INCA (Infant Nutrition Council of America) whose members include the largest formula makers Reckitt Benckiser, Abbott Nutrition, and Gerber Products Co., said earlier this month that manufacturers were working to quickly ensure availability and access to infant formulas.

In a other statement, the group acknowledged reocrds of challenges across the supply chains, including impacts on labor, transportation, and logistics.

How To Introduce Baby on Social Media

Members of Infant Nutrition Council of America are committed to meeting the needs of families who rely on infant formula — it is their top priority, the group told.

What is the significance of India Republic Day?

What Should I do for My Nation