The Delhi High Court has ruled that girls can marry without the consent of their parents as per Muslim Law. 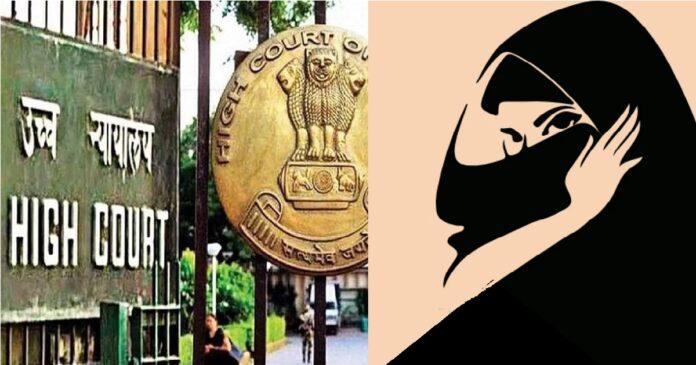 Under Muslim law, a girl can get married once she attains puberty, without the consent of her parents. She has full rights to reside with her husband even if she is a minor. The husband will not be POSCOed.

– As per Muslim laws, girls can marry once they attain puberty.

–The husband will not be POSCOed even if the girl is a minor.

– She has the right to live with her husband.

POCSO will not apply to the husband under any circumstances.The bench said that the state has nothing to do with a girl’s personal space if she is married out of her own will and is happy. This observation was made by the bench while hearing the plea of a couple who got married on March 11.

The parents said that their daughter was 15 years old and the man was 25 years old when they got married. “The State encroaching on personal space would be tantamount to the same thing,” the Court said.

A case was registered in Dwarka district on March 5 by the parents of the girl under sections 376 of the Indian Penal Code and section 6 (aggravated penetrative sexual assault) of the Protection of Children from Sexual Offences (POCSO) Act alleging that the minor was kidnapped.

The couple had moved to the High Court in April seeking police protection and a direction that nobody could separate them from each other.Her counsel produced her Adhar Card during the hearing, which showed that she is over 19 years old.

On April 27, the police recovered the girl from the custody of the man.She was brought before the child welfare committee (CWC). CWC had given a direction to keep her at the Nirmal Chhaya complex.

“As Mohammedan Law states, a girl who has reached puberty can marry without her parents’ consent and is allowed to live with her husband even if she is under 18 years old,” said justice Singh in an order from August 17, 2022, which was released on Monday.

“In this case, the petitioners were in love, got married according to the Muslim laws and thereafter had a physical relationship,” the court reads.The court also directed the police to ensure the protection of the couple.