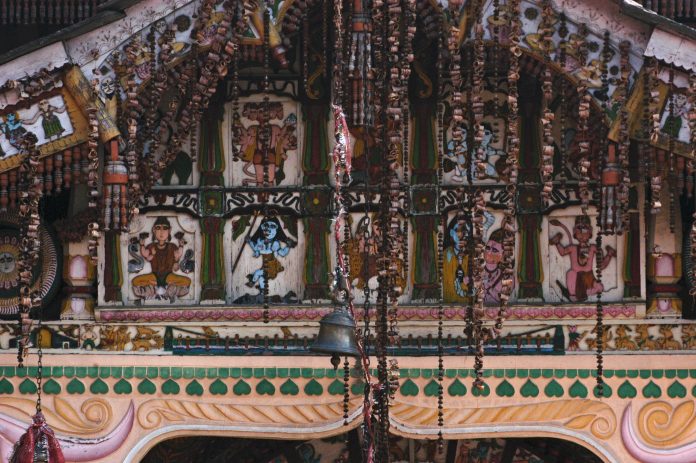 Mysterious temples in India that attract the visitors to come, see and believe in the miracles. Kamakhya Temple in Assam, Kedarnath in Uttarakhand, Mehandipur Balaji temple, Rajasthan, Jagan Nath Puri Temple in Odisha,  Tirupati Balaji, Andhra pradesh and the list doesn’t end here. Come here and experience the existence of an eternal power in front of which trillions bow their heads.

India is a land that surprises not only the visitors but also the people who are living here. It is a land of beliefs and spirituality. The worship places of the people, be it of any religion are considered as the matter of utmost priority. India is considered the place of God and the world’s oldest religion, Hinduism. So below are some miraculous temples that are worth visiting.You will surely keep coming back for more blessings.

The mysterious thing about this temple is that it doesn’t have any idol present there to worship. It is said that Lord Vishnu had cut the burnt body of Goddess Sati and her vagina fell here. You can see a stone shaped ‘Yoni’ placed here which is covered with red saree. It is believed that the Goddess menstruates every monsoon and in order to honor that, Ambubachi Fair is conducted every Monsoon. The water of the river Brahmaputra also turns slightly red during that time. The temple remains closed for those three days.

Here, Lord Venketeshwara, the incarnation of Lord Vishnu is worshipped and you can see many devotees donating their hair if their wish is fulfilled. It is India’s richest temple.The idol placed inside this holy place wears real hair and has been found sweating several times irrespective of cool temperature inside. Also, the idol’s backside gets moist even though priests keep on making it dry. The interesting fact is devotees can hear the sound of the sea waves clearly if they place their ears on the backside of the deity’s image.

It is renowned for releasing the evil spirits out of a person’s body. Here you can see priests performing exorcism. It is dedicated to Lord Hanuman, who is also a fear factor for negative spirits. It is said that you must not eat anything inside or outside the temple especially if any eatable is offered to you by an outsider. You must not look back after exiting the temple as it is an invitation for scary spirits to invade your body. Don’t get afraid if you hear scary voices from normal people.

One of the most popular places for devotees, Jagannath Temple holds pretty much spiritual importance not only because of the famous Rath Yatra but also the mysterious facts associated with the temple. It is known as the temple of opposites as the flag which is mounted on the top of the temple flies in the opposite direction of the wind. The priests climb up 20 feet everyday to change the flag because it is said that if this ritual is missed for a single day then the temple will remain shut for 18 years. It is the only place in the world where the morning breeze comes from the land and evening breeze comes from the sea. This temple forms no shadow of itself during the day and no bird can hover over this temple. Despite being right on the shore, you cannot hear the sound of waves and the prasad here is made here keeping 4-5 earthen pots placed over each other and the topmost pot is cooked first.

This temple is dedicated to Lord Shiva and was built by the first Shankaracharya, Adi Shankarachanrya in 700 AD. This centuries-old temple is one of the 12 jyotirlingas of Lord Shiva. It is true that this temple stood unharmed even in the disastrous flood in 2013. There is a rock just in front of this temple that has created an obstacle for the floody water to enter the temple.

Located in a dense forest named Nidhi Van, this temple is dedicated to Lord Krishna. The trees here are intertwined with each other and still stay green throughout the year despite being located in a dry region.The trunks and roots are hollow from inside so this is a matter of curiosity for many people. The trees are considered as ‘Gopis’ who become alive every night. It is said that the lord comes every night here to do raasleela with gopis. Many people here have heard the noise of ghungroo or some lights during the night too.

The Priest keeps the food and things required by the Lord every evening, decorates the room in the temple and locks it from outside. Next morning when he comes back to find the food is consumed and the room is used by the Lord as you can see the wrinkles on the bed sheet and things displaced.

What are the Symptoms and Treatment of Kidney Stones?

How to Introduce Educational Background