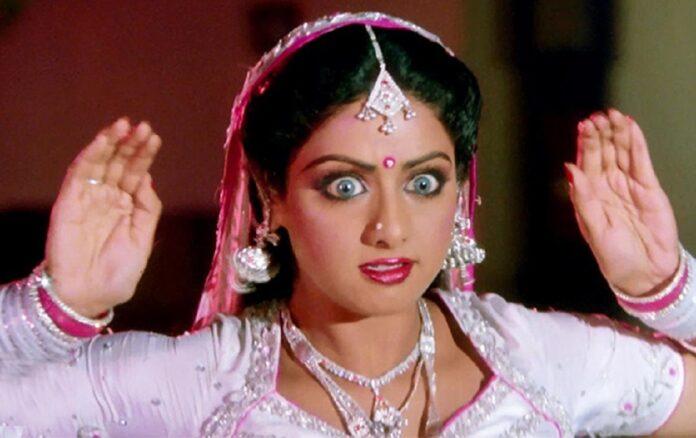 Sridevi (born: Sri Amma Yanger Ayyapan; 13 August 1963 – 24 February 2018) was an Indian film actress who worked in Tamil, Malayalam, Telugu, Kannada and Hindi cinema. Said to be the first “female superstar” of Indian cinema, Sridevi also won five Filmfare Awards. Sridevi was one of the highest-paid actresses of the 1980s and 1990s, and is considered the most popular actress of that era. In 2013, the Government of India honored him with the Padma Shri award. Amitabh Bachchan – Biography of Big B.

She entered Hindi cinema as a child actress in the 1975 film Julie. His first film was in Tamil called Moondhu Mudichu. Sridevi entered Bollywood with the 1978 film Solvah Sawan. But she got the most recognition from the 1983 film Himmatwala. She is also known as the biggest actress of Indian cinema because of her superhit female-oriented films one after the other. Her famous films are Sadma, Naagin, Nigahain, Mr India, Chaalbaaz, Lamhe, Khudagwah and Judai. She died on 24 February 2018 in Dubai. In her film career, Sridevi worked in 63 Hindi, 62 Telugu, 58 Tamil, 21 Malayalam and some Kannada films.

Sridevi passed away on 24 February 2018 at 19:00 GMT in Dubai. Although it was earlier declared that the cause of death was a heart attack, forensic reports later released by Dubai Police indicated that she died of accidental drowning in a bathtub at the hotel.

At that time, she was at the wedding ceremony of her nephew Mohit Marwah in the United Arab Emirates with her husband Boney Kapoor and daughter Khushi. Earlier there were rumors that she had died and it was considered a false news on the internet but later his brother-in-law Sanjay Kapoor confirmed that it is true. Fans, co-stars and Bollywood stars then took to Twitter to express condolences over the death.