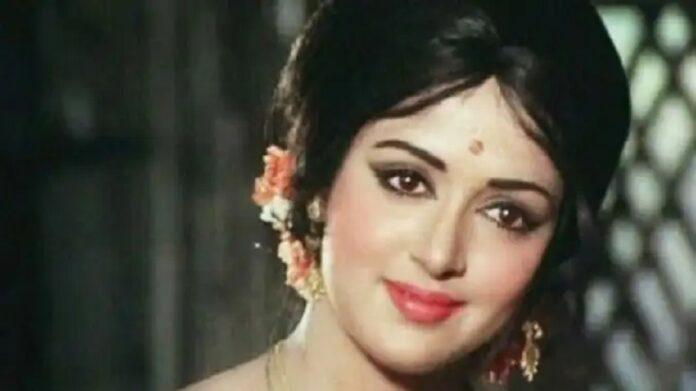 Bollywood’s Dreamgirl Hema Malini brings up her career in Hindi cinema with showman Raj Kapoor. Both were seen together in the 1968 film ‘Sapno Ka Saudagar’. The film did not work, but Hema liked Raj Kapoor’s style. So it was the reason that Hema wanted to work with him even further. Knowing this, Raj Kapoor assured Hema Malini that whenever he had a role worthy of Hema in his films, he would definitely offer her.

After this, Raj Kapoor was thinking to make the film ‘Satyam Shivam Sundaram’. In which the first name that came for the actor and actress was that of Rajesh Khanna and Hema Malini. When Raj sahib offered this role to Hema Malini, she became happy.

After this Raj Kapoor, Hema was replaced by RK. Next day for a screen test. Asked to reach the studio and Hema also reached. When Raj Kapoor told Hema Malini about the outline and costume of Roopa’s character in this film, Hema was stunned and her hands and feet swelled.

Roopa’s character in the film ‘Satyam Shivam Sundaram’ was quite bold and bold in her time. For which Hema Malini was not ready, but she could not do it directly with Raj Kapoor.

When Raj Sahab asked Hema Malini to appear in front of the camera wearing the character of Roopa, Hema went to the dressing room but ran away silently. Even after a long time, when Hema did not come out, Raj Kapoor understood that Hema did not want to do this character. Later on Raj Kapoor chose Zeenat Aman for this role finally.