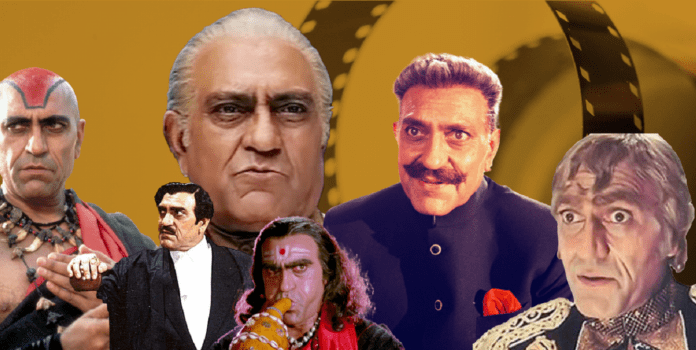 Amrish Puri (born: 22 June 1932 – died: 12 January 2005) Amrish Puri, the younger brother of character actor Madan Puri, has been a major pillar of the Hindi film industry. Shri Puri, who made his mark as an actor with films like Nishant, Manthan and Bhumika, later rose to fame as a villain. He played the role of Molaram in Steven Spielberg’s 1984 film “Indiana Jones and the Temple of Doom”, which became very popular. Such was the effect of this role that he decided to always keep his head shaved. Due to this, he also got the role of villain quite a lot. Despite predominantly working in commercial films, his love for parallel or off-the-shelf films continued and he remained associated with such films.

Then came the era of Amrish Puri, who moved from the roles of villains to the roles of character actors. And even in this period, he did not let the magic of his acting skills diminish, a dialogue from the film Mr. India “Mogambo Khush Hua” brings out the villainous form of a person, then the dialogue of the film DDLJ “Ja Simran Ja – Ji Le Apni Zindagi” Brings out the form of a person that is indicative of the changed heart of the villain.

In this way we find that Amrish Puri is remembered while expressing both the sides of the Indian mind.
Film journey Amrish Puri acted in the biggest films of the century. His portrayal of “Babuji” in Shah Rukh Khan’s hit film “Dilwale Dulhania Le Jayenge” is widely praised. He has mainly been seen playing the character of Villain in films.

Also Read :   Avneet Kaur was seen in a desi look in her latest photoshoot.

He played the character of “Mogambo” who is the main villain of the film in Anil Kapoor’s Mr. India in 1987. Amrish’s dialogue “Mogambo Khush Hua” in this film is famous in the film world.

Amrish Puri did his early studies from Punjab. After that he went to Shimla. After studying from B.M. College, Shimla, he entered the world of acting. Initially he joined theater and later turned to films. He had a great love for theatre. There was a time when Atal Bihari Vajpayee and Late. Celebrities like Indira Gandhi used to watch his plays. His historic meeting with Padma Vibhushan theater artist Abraham Alkazi in 1961 changed the course of his life and he later became an eminent artist of Indian theatre.

Amrish Puri started his acting career from the world of theater in the 1960s. He performed in plays written by Satyadev Dubey and Girish Karnad. He was awarded the Sangeet Natak Akademi Award in 1979 for his performance on stage, the first major award in his acting career.

Amrish Puri’s film career started with the 1971 film Prem Pujari. It took some time for Puri to establish himself in Hindi cinema, but then success kissed his feet. In the 1980s, he made his mark in many big films as a villain. In 1987, he caught everyone’s mind through the role of Mogambo in Shekhar Kapur’s film ‘Mr India’. In the 1990s, he won hearts with his positive roles in ‘Dilwale Dulhania Le Jayenge’ and ‘Virasat’.

The last film of his life was ‘Kisna’ which was released in the year 2005 after his death. He also acted in many foreign films. He played the role of ‘Khan’ in the international film ‘Gandhi’ for which he was highly praised. Amrish Puri died on 12 January 2005 at the age of 72 due to brain tumor. Due to his sudden demise, the entire country along with the Bollywood world was immersed in mourning. Today Amrish Puri is not in this world but his memories are still etched in our hearts through films.