‘The Cricketing Legend You Need to Know: Mark Ramprakash’ 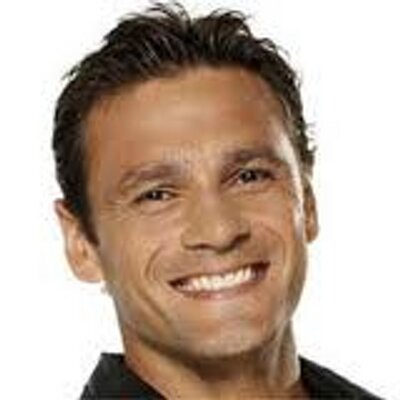 Mark Ramprakash is one of the most famous English cricketers of all time. He was a prolific run scorer in county cricket, and also had success in international cricket. Here are five things you need to know about Mark Ramprakash.

Mark Ramprakash was born in London, England on September 05, 1969. He is a professional cricketer who has played for England in Test and One Day International matches. Ramprakash began playing cricket at the age of eleven and has since become one of the most successful batsmen in English cricket history. He is the first cricketer to score a century in each innings of a first-class match.

Mark Ramprakash is a family man. He has been married to his wife for over 20 years and they have two children. His family is his life. He loves spending time with them and doing everything he can to make them happy. He is a great husband and father and he is extremely proud of them.

Mark Ramprakash is a former English cricketer who played domestic cricket for Middlesex and Surrey. He is regarded as one of the best batsmen of his generation, and was awarded an OBE in the 2009 New Year Honours.

Ramprakash made his first-class debut for Middlesex in 1989, and enjoyed a successful 13-year career with the county. He was the team’s captain from 2003 to 2005, and helped them to win the County Championship in 2004. In 2006, he moved to Surrey, where he continued to play top-level cricket until his retirement in 2009.

Ramprakash was a prolific run-scorer in domestic cricket, amassing over 25,000 runs at an average of 44.48. He scored 108 centuries and was honoured with the Cricket Writers’ Club award for County Cricket Batting of the Year in 1998. He also played for England in one-day internationals, and scored three centuries, the most notable of which was his unbeaten 140 against Australia in 2001.

Mark Ramprakash started his cricketing career in 1988. He played for Middlesex and then Surrey. He also played for England.

Ramprakash scored his first century in first-class cricket in 1991.

In 2001, Ramprakash scored his first double century in first-class cricket.

Ramprakash played for England in the ICC Cricket World Cup in 2003.

Ramprakash played his last match for Surrey in 2013.

Ramprakash played his last match for England in 2006.

Ramprakash was awarded an MBE in the 2007 New Year Honours.

-Mark Ramprakash is an English cricketer who played for Middlesex and Surrey.

-He is a right-handed batsman and occasional off spin bowler.

-Ramprakash made his first-class debut in 1987 and played his last match in 2008.

-Ramprakash scored more than 11,000 first-class runs and made almost 27,000 runs in all forms of cricket.

-He is one of only 18 players to score more than 100 centuries in first-class cricket.

-Ramprakash was a Wisden Cricketer of the Year in 1992.

-Ramprakash scored more than 11,000 first-class runs and made almost 27,000 runs in all forms of cricket.

-He is one of only 18 players to score more than 100 centuries in first-class cricket.

-Ramprakash played in the Indian Premier League (IPL) for the Rajasthan Royals in 2008.

Mark Ramprakash is a former English cricketer who represented Surrey and Middlesex, as well as the England national side. He is regarded as one of the most successful batsmen never to have played Test cricket, and is one of only 11 players to score more than 100 first-class centuries.

Ramprakash started his career at Surrey, making his debut in 1988. He was an integral part of the side that won the County Championship in 1990, and was named Player of the Year in 1991. He moved to Middlesex in 1996, and continued to be a prolific run-scorer, amassing over 25,000 runs in first-class cricket. In 2006, he announced his retirement from competitive cricket.

Internationally, Ramprakash made his One Day International debut in 1991 and played 22 ODIs for England. He also played 18 Tests, but was never able to convert his prolific county form into success on the international stage. He retired from all forms of cricket in 2001.

Since retiring from playing, Ramprakash has worked as a coach and commentator. He has been coaching at Surrey since 2009, and was appointed head coach in 2017.

Mark Ramprakash is a philanthropist who has given back to the community in many ways. He has supported charities, donated money to help those in need, and worked with organizations to improve the lives of others. His generosity has made a difference in the lives of many people, and he is an inspiration to others who want to help others.