11 Famous Places to Visit in Switzerland 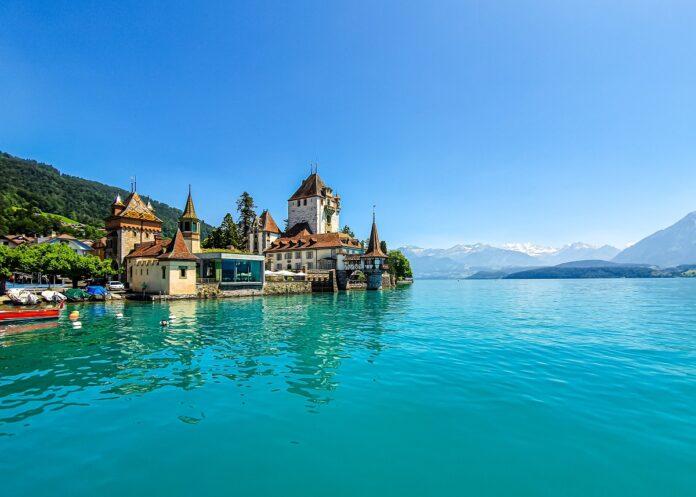 If you are asked which country of the world would you like to visit first, then I sincerely hope that the name of Switzerland will be on the top of your list. Who would be the person who would not want to go to Switzerland? Switzerland is a very beautiful country, about 60% of its land is covered with beautiful mountains, which makes the eyes comfortable only after seeing it.

Every year thousands of people come to see this heaven on earth located in Europe. If you are thinking of traveling somewhere in the country, then you should definitely think about Switzerland once. Let us know about some of the best Switzerland Tourist Places.

The history of Switzerland is very ancient, this country was settled by the Helvetii which is a Celtic tribe. This is the reason why it is also called by the name of Helvetia. It was under Roman rule from the 1st century to the 4th century, by which time Switzerland did not have a specific name. The name Switzerland came into existence in 1291, when several districts combined to remove the Habsburg community, since then Switzerland as a country. Organized.

Why is Switzerland so famous in India?

Switzerland is a country of lush green plains whose beauty is more than any other country. There are many places to visit here which are known for their beauty all over the world. Today we will know about some such beautiful tourist places of Switzerland –

If you are preparing to go to Switzerland and don’t have the Matterhorn on your list, it would be unfair to yourself. The Matterhorn is the only place that everyone wants to see, at an altitude of 4478 meters, it is one of the highest mountains of the Alps Mountains, which is located on the border of Switzerland and Italy. It will be a different kind of adventure when you will climb up to such a height by yourself. If you feel that you cannot climb then you can also take the help of “cable car” to reach this mountain.

After taking a good look at the Matterhorn, you can enjoy the very beautiful village of Zermatt situated at its bottom. You can ride horses in Zermatt. The world’s most beautiful restaurant and hotel are present here, where you can enjoy the whole of this beautiful plaintiffs with great fun by staying. If you also love skiing on snow like me, then it is going to be a lot of fun for you to stay here. While staying in Zermatt, do not forget to visit the famous Zermatt Museum here.

Here you get to see amazing animal birds like ibex, red deer, foxes, chamois, and eagles. These are the famous places to visit in Switzerland.

How to reach Swiss National Park?

Where did you stay in the Swiss National Park?

If you want to stay in the park and admire its beauty at night, then you can also stay here. There are two places to stay in Swiss National Park, Chamanna Cluozza, also known as Mountain Hut, and Hotel Parc Naziunal I Fuorn. In Chamanna Kluoza you get simple accommodation and other hotels get a bit more facilities. You may not intend to have any five star hotel facility in these hotels but both these places are quiet and nice places to stay.

People from all over the world come to see Jungfraujoch, its beauty is made on sight. Jungfraujoch railway station is the highest railway station in Europe, which is situated at 3454 meters above. Do not forget to see the enchanting beauty of the mountain ranges here by train.

Schilthorn is a peak located in the Bernese mountain range of Switzerland, whose height is 2970 meters. Every year thousands of people come here to visit. There is a small village called Murren at the bottom of Shilthorn, from where you can only get cars to reach Schildhorn, reaching this summit by car is a unique and thrilling experience, you can also enjoy skiing here. can pick up.

What are the tourist attractions in Schilthorne?

By the way, the entire Shilthorn is a very attractive place to visit, coming here we feel heaven. But there is a revolving hotel here known as Piz Gloria. The hotel is so famous that it has even featured in the Hollywood James Bond film On Her Majesty’s Secret Service. If you are planning to visit Switzerland then don’t miss the chance to visit Schilithorn.

Went to Switzerland and didn’t see Zurich, then you haven’t even seen half of Switzerland. Zurich is a very charmingly beautiful city, here you get to see old buildings as well as new types of buildings. This city, one of the top cities in the world to live in, is also the cultural and commercial hub of Switzerland, and it is also the largest city in this country. There are many ancient grand buildings, churches and libraries to see in Zurich. This city is mostly situated in the lake because it has been settled by drying the lake. The interesting thing about Zurich is that the official language here is German and Swiss German dialect is mostly spoken. are used in.

The Rhine Falls is the most prominent waterfall or waterfall in Switzerland. The water in this spring comes very fast and due to which it is called the most powerful waterfall in Europe. Several projects were started to generate electricity on this waterfall, but after the obstruction of the local people, these projects were not implemented. The Rhine Falls is believed to be 14000 to 17000 years old. To see the beautiful view here, you can go to the city of Schaffhausen from Zurich, the capital of Switzerland, near which this waterfall is located.

Everyone who wants to visit Switzerland knows about its capital Bern. It is a very modern and attractive city where lakhs of Shailani visit every year. There is a lot of clock making work in Bern, you will get to see the clocks here in every corner of the world. It is said that Bern was named after a city in Italy called Verona, which was known as Bern around the 11th century. The official language of Bern is German and the most widely spoken language is the Swiss German dialect.

The one name that must be found in the list of every tourist visiting Switzerland is Lake Lugano. After seeing this lake, you will call it the most beautiful and attractive lake in the world, at the same time you will also call Lugano as one of the most beautiful places for tourists to visit.

The most strange thing about this lake and the thrill of seeing it is that it has Italy on one side and Switzerland on the other. 63% of Lugano Lake is in Switzerland and 37% is in Italy. So by coming to this tourist destination of Switzerland, you can get a glimpse of the beauty of Italy.

You must have read about Geneva in your books in your childhood, because of the headquarters of the United Nations Organization being here, this city always remains in the headlines. There are many good beautiful places to visit in this city even apart from the political perspective. Geneva’s Opera House, Orchesta and Lake etc. attract the attention of millions of tourists from all over the world. Watches and chocolates made in Geneva are very famous, which are in great demand all over the world.

During the journey of this train, seeing the peaks of the mountains, seeing the glacier and passing through the beautiful cities gives a feeling of being in heaven. You are provided with essential food items in the train itself. If you are going to Switzerland then there should be no question of not traveling in Bernina Express.

How to reach Bernina Express?

From Zurich, one of the largest cities in Switzerland, you can travel by intercity train to the city of Chur. It will take you only 1 hour 20 minutes to reach Chur from Zurich or Zurich. Many local trains also run from Zurich to Chur. By reaching Chur city you can easily reach Bernina Express.

What is the cost of traveling in Bernina Express?

One way trip by Bernina Express will cost you CHF 62 (approx 5 thousand rupees). It will cost CHF 72 (approximately 6 thousand rupees) to return by this train (Keep in mind that the train ticket fee can be more or less every year) If you want to travel this train more cheaply then you will be less You can travel for second class in Rs. The cost of train tickets is low, so you can come here even at a time when fewer people come to ride in this train.

Other interesting places to visit in Switzerland

Why should the place be named?

Switzerland is a country where you do not have to wait for any particular time to visit, you can come here any time of the 12 months of the year. For your information, let us tell you that it is very cold here, so plan your arrival accordingly. The summers here are not too hot, the weather remains cool.

Where to stay in Switzerland?

There is no need to think much about a place to stay in a country like Switzerland. Every year a large number of tourists come here to visit, so there are many hotels in this country for tourists to visit. You can book hotels by visiting any online hotel booking website and checking hotel ratings. I suggest you take the hotel away from the airport. Because staying in a hotel near the airport is very expensive.

Procedure to go from India to Switzerland

What is the prettiest city in America?

What is the happiest country in the World?