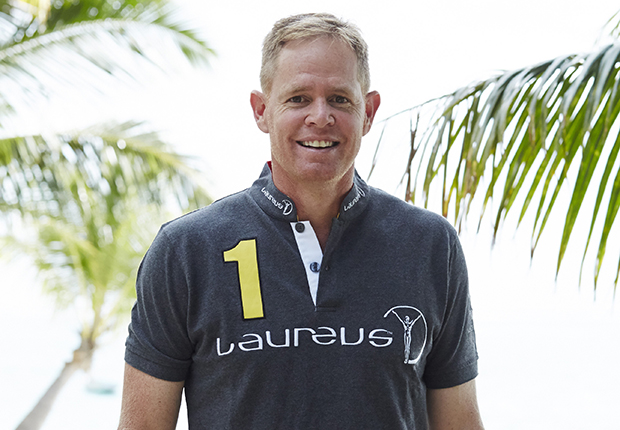 Shaun Pollock, one of South Africa’s cricketing greats, is a player you need to know about. He is one of the most successful bowlers in the sport’s history and is a true ambassador for the game.

Shaun Pollock was born on October 20th, 1974, in Pietermaritzburg, South Africa. He made his test cricket debut for South Africa in 1996, and his One Day International (ODI) debut the following year. He was an important member of the South African cricket team for more than a decade, and is considered one of the greatest bowlers in the country’s history. Pollock announced his retirement from international cricket in 2007.

Pollock is a right-arm fast bowler, and is known for his accuracy and consistency. He is also a very capable batsman, and has scored more than 3000 runs in test cricket. He is the only player in the world to have taken 400 wickets and scored 3000 runs in both forms of the game.

Since retiring from international cricket, Pollock has continued to play for various domestic teams in South Africa. He was a part of the victorious South African team in the inaugural T20 World Cup in 2007, and was also named the man of the series. In 2012, he was inducted into the International Cricket Council’s Hall of Fame.

Shaun Pollock was a successful cricketer, but that is not all that mattered to him. He was a family man who cherished his wife and children. They meant the world to him, and he was always there for them. He was a great husband and father, and they were his top priority. Even when he was travelling for cricket, he always made sure to call them and keep in touch. He was a loving husband and father, and he will be remembered for that.

Pollock had a stellar domestic career, scoring over 8,000 runs and picking up over 350 wickets. He was particularly effective for Natal, where he made his debut in 1993. In 1995, he led Natal to their first-ever Currie Cup title, and was subsequently named the South African Cricket Annual Cricketer of the Year. In 1998, he was appointed captain of the national side, and led the Proteas to a series victory over England. He retired from international cricket in 2004, but continued to play for Natal until 2009.

-Shaun Pollock made his international debut in 1996 against New Zealand

-He played in three Cricket World Cup tournaments, including the 2007 World Cup

-He was named ICC Cricketer of the Year in 2003

Shaun Pollock is a former South African cricketer who made his international debut in 1996 against New Zealand. He played in three Cricket World Cup tournaments, including the 2007 World Cup. He was named ICC Cricketer of the Year in 2003. Pollock took 421 wickets in Tests and 278 wickets in One Day Internationals. He was the captain of the South African Test team from 2003 to 2007.

Shaun Pollock is a former South African cricketer who played in Tests and ODIs. He is regarded as one of the best bowlers of his generation.

-Pollock made his international debut in 1997 and went on to play 108 Tests and 303 ODIs for South Africa.

-He was an integral part of the South African team that won the ICC Cricket World Cup in 1999.

-He was awarded the ICC Player of the Year award in 2003.

-Pollock retired from international cricket in 2008.

-Since retiring, he has been a commentator and cricket analyst for various media outlets.

-He was the captain of the Kolkata Knight Riders in 2011.

-In 2012, he represented the Rajasthan Royals.

-Pollock was the bowling coach of the Delhi Daredevils from 2013-2015.

-In 2016, he was appointed as the head coach of the Gujarat Lions.

-The Gujarat Lions finished at the bottom of the table in 2016.

-In 2017, Pollock was appointed as the head coach of the Royal Challengers Bangalore.

Shaun Pollock’s cricketing achievements are many and varied. He was a fine all-rounder who could bat in the middle order and bowl either medium pace or off spin. He made his Test debut in 1998 and took over 100 wickets in a career that spanned 79 Tests. His batting was consistent and he made five centuries, the most important of which was his unbeaten 143 against Pakistan in 2002. As a bowler, Pollock was dogged and accurate, taking 421 wickets at an average of 23.11. He was also a brilliant fielder, taking 88 catches in his Test career. He was a key member of the South African team that won the Cricket World Cup in 2007.

Shaun Pollock is a talented cricketer and a generous philanthropist. He has supported a number of charities, including the Children’s Hospital Trust and the Graeme Pollock Foundation. He also works with the Nelson Mandela Foundation to promote cricket in Africa. Pollock is a devoted father and husband, and he credits his family for supporting him throughout his cricket career.