Govardhan, the sacred mountain of India. 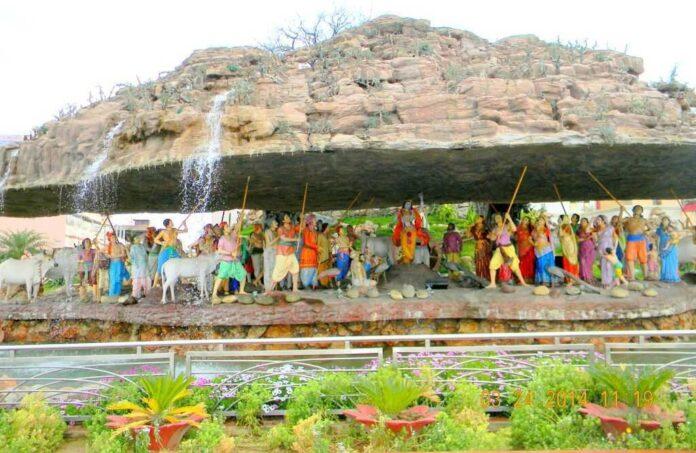 Govardhan is an important mountain in the Hindu religion, considered to be a sacred site. The mountain is located in the state of Uttar Pradesh in India.

Mount Govardhan, also called Govardhan Hill and Giriraj, is a sacred Hindu site located in the Mathura district of Uttar Pradesh, India. The hill is about 8 km long and is located in the area of Govardhan and Radha Kund, which is about 21 kilometers from Vrindavan. It is the sacred centre of Braj and is identified with a natural form of Krishna (Govardhana sila).

2. Why is Govardhan sacred?

Govardhan is a small hill in the Indian state of Uttar Pradesh. It is located in the western part of the state, and is considered sacred by Hindus. The name “Govardhan” means “cow’s milk” in Hindi, and the hill is named after the Hindu god Krishna, who is said to have drunk cow’s milk while he was living here.

Govardhan is considered sacred because it is the place where Krishna is said to have performed the “miracle of Govardhana Puja”. In this story, Krishna lifted the entire hill with his little finger in order to protect the cowherders and their cows from the wrath of Indra, the king of the gods.

This story is significant because it shows the power of Krishna’s love and compassion. He was willing to go to great lengths to protect those who were close to him. This is why Govardhan is considered a sacred place by Hindus.

3. How is Govardhan worshipped?

There are many ways to worship Govardhan, the mountain deity. One popular way is to make a pilgrimage to the Govardhan temple, located in the town of Mangarh in the Mathura district of Uttar Pradesh. Devotees offer prayers and perform rituals at the temple. They also take a holy bath in the River Yamuna, which surrounds Govardhan.

Another way to worship Govardhan is to perform a yajna, or sacrifice, in his honor. In a yajna, offerings are made to the fire god, Agni, and to other deities. The purpose of a yajna is to create a sacred space in which the devotees can commune with the gods.

Govardhan can also be worshipped through meditation. In this practice, the devotee focuses on the qualities of the deity, such as his generosity and compassion. This helps the devotee to develop these qualities within himself.

4. What are the benefits of worshipping Govardhan?

There are many benefits to worshipping Govardhan, including receiving his blessings and protection, gaining his mercy and forgiveness, and achieving inner peace and happiness. Govardhan is also known for bestowing wealth and prosperity upon his devotees, and he is often referred to as the King of Wealth. By worshipping Govardhan, we can receive all of his blessings and benefits, which can help us to live a happy and prosperous life.

Govardhan is an important symbol in Hinduism, and is considered to be a sacred site. The mountain is located in the state of Uttar Pradesh in India, and is an important pilgrimage destination for Hindus.