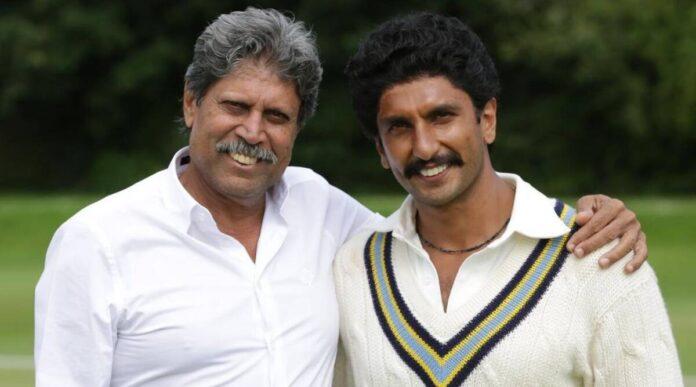 Kapil Dev is a former Indian cricketer. He has also served as the national coach of India from 1999 to 2000. He captained India during the 1983 World Cup and won the trophy for the first time.

In 2002, he was named as the Indian Cricketer of the Century by Wisden. He is regarded as one of the best all-rounders to have played the game. In 2010, he was inducted into the ICC Cricket Hall of Fame.

Kapil Dev Nikhanj was born on 6 January 1959 in Chandigarh, India. His father, Ram Lal Nikhanj was from Dipalpur, Pakistan and his mother, Raj Kumari was born in Pakpattan, Pakistan.

Four of his sisters were also born in Pakistan. His family immigrated to India at the time of the partition of India and settled in Fazilka, Punjab.

After settling in India, he and his two brothers (Ramesh and Bhushan) were born. His father was a famous timber merchant. Later, his family moved to Chandigarh and Dev got his education from DAV School and joined cricketer Desh Prem Azad to get cricket classes.

Kapil Dev did his schooling from DAV School in Chandigarh and it was from here that his interest in cricket was born. Interestingly, Kapil Dev did not play his first cricket match till the age of 13. In the year 1971, he joined Desh Prem Azad to understand cricket.

Though his performance was not impressive, he stunned the Pakistani batsman with his pace and bouncers.
In the third Test match of the same tour, he scored the fastest Test fifty off just 33 balls. On 1 October 1978, Dev made his ODI debut against Pakistan, however, his ODI performance in the early years was not very good. In January 1979, Dev scored his maiden Test century of 126 runs in just 124 balls against the West Indies in Delhi.
He established himself as India’s first fast bowler to take 5 wickets twice and finished a home series against Australia with 28 wickets.
When Pakistan toured India in 1979, he became famous with his performance. He helped India win two Test matches; He scored 69 at Wankhede Mumbai and in the fifth Test, he took his first 10 wickets. During the same series, Dev became the youngest cricketer to take 100 Test wickets and 1000 runs in 25 matches.

He was never run out in his long career spanning 184 innings.
After retirement, Kapil Dev stepped into the business world. Apart from owning two restaurants- “Captains Retreat” in Chandigarh and Patna, he has several other business ventures.

In addition to playing cricket for India and the Haryana state team, he also played county cricket for Northamptonshire and Worcestershire in England.
Kapil Dev was also good at playing football. In the 1980s, he played a football match with Shah Rukh Khan, who was then the captain of his college football team.

During the 1983 Cricket World Cup final, Kapil caught Sir Viv Richards at mid-wicket which was a turning point of the match.
In the eighties, he also became a hot choice in the world of TV commercials. His Palmolive shaving cream ad became so popular that his one-liner, “Palmolive Da Jawab Nahi”, earned him a household name.

Around 1985, he launched a syndicated agency ‘Dev Features’, however, he did not find success in the business and after initial failures in the business, Kapil said, “I set up my own office (in the Bengali Market area of ​​central Delhi). ) Bought. After working from home. The business grew and I decided to do something else.”
In his entire career, he did not miss a single Test match on grounds of injury and fitness.

After retirement in 1994, he took up golf and was the only Asian founding member of the Laureus Foundation.
Later, his company Dev Musco provided floodlights at the Punjab Cricket Association Stadium in Mohali and also provided floodlights in football, hockey and golf.
In 2008, he was honored as a Lieutenant Colonel by the Indian Territorial Army.

In May 2017, he unveiled his wax statue at Madame Tussauds Museum, New Delhi, India
He appeared in cameo roles in several Bollywood films, including “Dillagi… Yeh Dillagi”, “Iqbal,” “Chen Khuli Ki Main Khuli,” and “Mujhse Shaadi Karogi”.
Dev has written 3 autobiographies: “By God’s Decree” (1985), “Cricket My Style” (1987), and “Straight from the Heart” (2004).
Kapil Dev with the book Straight from the Heart
With the book Straight from the Heart
He has a good friendship with the cricketer turned politician Imran Khan of Pakistan. When Imran Khan became the Prime Minister of Pakistan, Kapil Dev was invited for the swearing-in ceremony, but he declined the invitation.