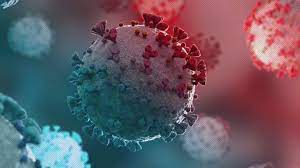 New cases of Coronavirus are decreasing but the outbreak of this dangerous virus which has killed lakhs of people has not been completely averted. With the end of the third wave of corona, Omicron, the fastest spreading variant of the corona so far, has started preparing for the fourth wave. It is being told that it is coming in a new form and is causing havoc in some countries of Europe and Asia.

Of course, Omicron has now calmed down, but some subvariants are emerging, which are causing new cases to increase in many countries. It is reported that a new variant of Omicron BA.2 has been discovered which is informally named ‘BA 2.2’. Many countries of Asia are facing this.

Researchers and experts tracking new Kovid variants around the world have considered BA 2.2 to be a more rapidly spreading and growing variant than all other variants of the corona virus. The variant is reported to have triggered an outbreak in England, leading to a rise in new cases and increasing number of patients in hospitals.

BA 2.2 outbreak started in many countries

The new subvariant of Omicron ba.2 is reported to have started spreading rapidly in many countries, including England. There is news that there is devastation in Hong Kong as well. Health officials here have reported a huge increase in Covid infections and deaths in the last few days.

Cases are being found in many countries of Asia

Experts monitoring BA 2.2 cases in Hong Kong have indicated that the elderly are most at risk. Apart from this, people who are not vaccinated are also at risk. Experts believe that this new variant has been born in the UK because B.A. 1 (BA.1) would not have provided the necessary strong immunity to the local population.

How to develop emotional intelligence

Thyroid Problems: Your Guide to Symptoms, Causes, and Treatments

Leadership: How to Develop Leadership Skills